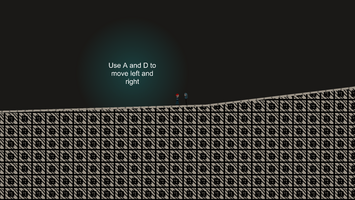 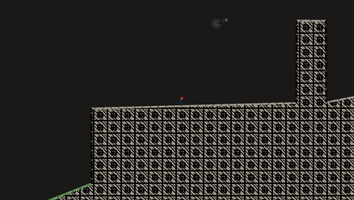 These two weeks I've been working like  a maniac on fixing just loads of stuff and adding more to the game. Some things I've added is a save system(although it is not in use yet), a parallax preview script(that damn thing took me something like three days to complete) and I added a system for translating the game. I tampered with the player movement to make it feel as good as possible but, the thing that I spent most of the time on was prototyping the first level of the game, and adding Molly's animations(you will have to play the new version of the game to see it).

When I think back to what I've done I notice that I really didn't use the time I could in the first week. Most of the time I didn't do anything, because I was thinking that, "nah, I have loads of time". But I didn't get all of the things I wanted into this update. I had planned to get the whole tutorial area done in these two weeks. So my promise to myself these upcoming two weeks is to be constantly productive and not slack off because I have gotten a lot done. I don't want to overwork myself though, so I'm trying to find a good balance.

Something I discovered that helped me keep being productive is an app called Forest. I basicly set a timer and then I work until the timer rings. It keeps track of how much time I spend on my project, so I actually is using it for keeping track of how many hours I've worked on the game. But more importantly it locks my phone and it's a commitment every time I start the timer. So what I do is that I start the timer and then I am razorfocused for the whole time. But before I press the start button I make myself a promise, and that is to work efficiently during  the time I've set and then I can slack off for a while.

So some things I learned during these two weeks that have passed is to make myself more efficient, and to not slack off just because I can. Due to me having a time limit(the game has to be done in June) I have to use all the time I can for the game.

But now, after all that rambling, I want to look forward and tell you about what I'll be doing during the next two weeks. I want to finish the tutorial stage and start working on the summer and winter parts of the game(don't want to talk that much about it because spoilers) and all of the enemies and features in it. So I hope it all goes well(and that school doesn't shut down from corona, because then things would get very messy with that) and I can make some really meaningfull stuff fore next time!

Save your friend and unite the worlds in a beatiful world filled with amazing sounds!

Looks like you've been hard at work! Stay safe during all of this craziness!

Thank you! And I just everything calms down soon so this mess soon ends. Stay safe you as well!